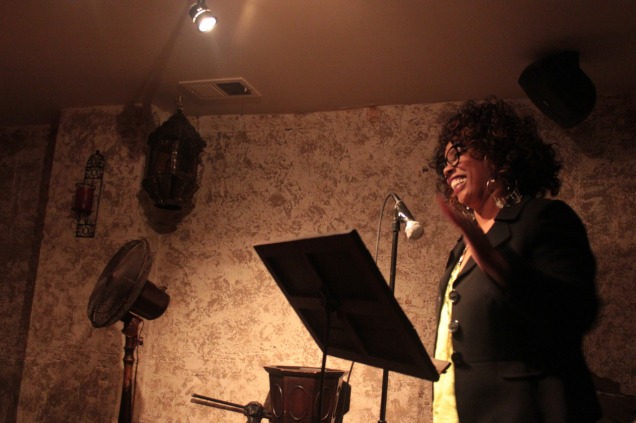 She got her start opening for Michael Jackson and his brothers on their Victory tour, which led to her being commissioned by Harry Belafonte to write and perform “Into the Night,” featured on the Beat Street movie soundtrack. She is the recipient of a Fellowship from the National Endowment for the Arts, which allowed her to study composition at the Juilliard School.  In addition to being an Adjunct Professor of English at York College in The School of Arts and Sciences and at Queens College of the City University of New York, LaForrest is currently a professional vocal producer/coach, working with pre-professional and professional recording artists.
Based on her own experiences in the recording industry, LaForrest hopes to make her literary debut next year with SOUL SHAKER, a novel about the challenges facing women in music and how the many misconceptions about musical talent diminish the industry’s ability to address it effectively. For tonight’s reading, she will be accompanied by jazz drummer, FREDDY DUGARD.                                                            Contact info: laforrestcope.com